Hug In Some Culture

Hug In Some Culture

This is a picture of me with my boys at our Christmas party a couple of months ago. Seems like it was over a year ago. Although I had been a leader for many of them at camps, being their Life Group leader was like starting over with new boys. With new boys, the good news is my jokes are funny again. I can catch them off guard with a joke I’ve told a million times. It’s glorious. I’m cool again.

The struggle, however, is building in some more unnatural parts of Life Group culture. For this post, I’m specifically writing about hugs. These are super important to have a level of bonding that makes the boys like family with me and with each other. This week was my first glimmer of hope that it’s taking hold. While I didn’t acknowledge it verbally, I for sure took note.

Starting on the second night of Life Group, I start to turn handshakes into hugs. Every boy gets a hug when he arrives at Life Group and when before he leaves. For some of my boys, this could be the only hug they get all week. I don’t make a big deal of it, I just make it happen. Sometimes I’ll even say, “You’re a good guy” or some other quick word of encouragement in the split second of the hug.

They’re always good about it. I even have a “cool” way of doing it that makes it seem a little more masculine. I kinda give them a soft punch on the back with both fists instead of going in for the bear hug. Baby steps, right?

We will let out for the summer in just a couple of weeks and it finally happened. I was in the kitchen the other night when one of the boys had to leave. His mom was here to get him. He sought me out to give me a hug and say goodbye before he left. WE. HAVE. ARRIVED!!! Of course, I acted like nothing special had happened. I gotta keep it cool, right? However, my consistency to build this caring part of our Life Group culture has now become something they initiate.

All of this to say, building culture takes intentionality, consistency and determination over time. If you try something to build culture, don’t be bummed out if it doesn’t take hold right away. We’ve been meeting in Life Group for about 6 months. This is the first time one of my new students has sought out the hug. Caring aspects of youth ministry are too important to give up on. Be the culture until they catch it and take initiative to do it. It’ll happen. 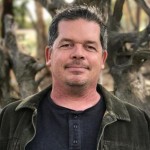 Dennis Beckner is a volunteer youth worker who trains volunteer youth workers. From 1999 to 2020 he was a leader at Saddleback Church’s Student Ministry. He is the author of Volunteer Youth Ministry, A Roadmap For Effective Leadership, and owns VolunteerYouthMinistry.com. Graduated from Point Loma Nazarene College in 1994, BA Religion

A GREAT Conversation on Dealing with Racism for Youth Workers

Power In A Picture

Birthday Tradition For My Life Group

This site uses Akismet to reduce spam. Learn how your comment data is processed.